You may be familiar with the phrase, "What a difference a day makes."  Well, I propose a slight revision. "What a difference a smile makes."  It can transform a day from dreary to joyful, and the lack of it can easy drain the most overflowing heart.
How quickly my heart is lifted when I peek over the edge of the crib at my infant son to see him throw out a big toothless grin at seeing Mommy.   On the other hand, my spirit can be just as easy pulled down by a grumpy growl from my precious preschool-age little girl as I seek to rouse her for a new day.  It is a conscience choice to not allow the "crabbies" to darken the light of happiness I seek to shine into my family.
When you see others, or even when alone, practice the art of smiling.  "Fish hook therapy" as my mother often says.  Imagine a piece of string with a fish hook attached to each end.  Hook one fish hook on one corner of your mouth, wrap the string around the top back of your head, and attach the other hook to the other corner of your mouth.  You will find you are forced into a smile.
Though this may sound silly or even hypocritical to force a smile when the motivation for it is lacking.  I have found often when I smile, even when the joy that usually prompts one is lacking, suddenly the world does seem a bit better, and I find that the happiness I am forcing to show on my face is suddenly filling my heart.  Of course, nothing replaces a smile that is brought on by true joy, happiness, or enjoyment.
May your day today be filled with all the things that bring you joy, and when that joy may seem a bit low, encourage it along by simply smiling.
Originally posted Sunday, January 30, 2011 No comments:
Email ThisBlogThis!Share to TwitterShare to FacebookShare to Pinterest

A little family history and background to this story:  When my husband and I were first married, we purchased an old sewing machine from an elderly lady who was moving.   The machine though older than me, came with a very nice end table.  It was designed to fold down into the table and be a very functional piece of furniture when not in use - and that is how it has sat in our home for several years.
Through a move, the birth of three children, and the many adventures we have lived over the last several years; my visions of mending and sewing clothes to stretch our clothing budget or making quilts for my kids have remained that visions.  Any sewing activity has been pushed lower on the priority list as we have lived our life.  Several times I have suggested letting the machine go to a better home with the justification that when I have the time to sew we would be able to find another machine.  My dear husband has resisted my every effort to release it and tenaciously found a place for the table and its hidden machine in the many furniture rearranges we have done.
Earlier this month, when the Christmas tree came down, the sewing machine was moved into it's place in our living room.  With the machine out in the living area of our home, the questions about how it worked and requests to use it began from my budding homemaker daughter.  So, when she was home from school the other day, we opened it up, examined it, and tested how it worked.  We threaded the machine, put in a new bobbin, and mended a few items that needed a straight stitch.
Then a few days later my daughter requested we sew something, and so out came the material that has been packed away for years.  After the last couple of days of familiarizing myself with the machine and recalling how it all works, and a couple days of mending things here and there between other life responsibilities; we were ready to make the book bag she had requested.
I made a pattern from tissue paper and my "assistant" found a cute teddy bear print material in our stash.  The bag was to be for her teacher who loves teddy bears.  We designed the bag to be large enough to carry some books, for "she has a lot of reading books" was the reasoning, but not so large as to overwhelm me in my new endeavor.   Three hours later (with a few interruptions along the way) we had a very nice bag!
I don't know what gave me more joy: the sense of accomplishment from designing and completing the project or the wonder in my daughter's eyes as she saw the bag take shape and her excitment as it became a reality.
Originally posted Sunday, January 23, 2011 No comments:
Email ThisBlogThis!Share to TwitterShare to FacebookShare to Pinterest


A dear friend recently shared this with me, and I enjoyed it so much I wanted to share it with all the other homemakers out there who find joy in making masterpieces.
~~~~~~~~~~~~~~~~~~~~~~~~~
{Written for a friend who shared how her newly-cleaned bathroom was glisteningly inspirational and motivated her to do more housework.}
Friend,
Your Bathroom Blessing is inspiring . . .
Beauty is always inspirational, whether it is expressed as a tidy, clean bathroom; a calm, orderly, inviting bedroom; an organized, welcoming, functional kitchen;  a Renoir painting;  the Nutcracker ballet;  a symphony;  or a child's first-grade art project.
I think that sometimes as homemakers, we're so "task-oriented" on our 1,587 things that Need To Be Done Yesterday or Today that we neglect the fact that when we clean and de-clutter and tidy and organize, we're creating areas of beauty.
We aren't just maids cleaning and scrubbing and organizing endlessly.
We're artists, like a carver of marble who chips away at the unessential and ugly to reveal the elegance and strength of the final art hidden within the marble . . .
When we do homemaking duties, we're chipping away at the nonessentials and ugliness of laziness, disorganization, procrastination, whining, past failures, depression, despondency, hopelessness, clutter, neglect, oversight, forgetfulness, bad habits ~~ to reveal the exquisiteness of carved marble in our homes ~ the deliberately carved exquisiteness of being able to find things when they're needed, of functioning in peace, of enjoying the beautiful assortment and abundance of things with which God has blessed us, being able to use our talents to bless others (cooking in a tidy and clean kitchen is blessing others), enabling and empowering others to be their best, and discovering and developing those virtues of discipline, self-control, honor, action, achievement, and consistency.
Let us then continue with our cleaning, scrubbing, organizing, cooking and those endless myriad of tasks that homemakers must manage daily . . . and in so doing, let us create beauty so we can experience beauty daily, in our homes, and ultimately, in our hearts.
You are beautiful, and what you do is beautiful and inspiring.
Blessings,
Karen Thomas
(C) 2011. Karen Thomas.  All Rights Reserved.
Originally posted Sunday, January 16, 2011 No comments:
Email ThisBlogThis!Share to TwitterShare to FacebookShare to Pinterest

As I contemplate what to say this week, my thoughts are filled with ideas about making life easier.  Not more efficient, but simplier.
The list could go on of sayings and ideas about making our lives more enjoyable, simple.  After all who really loves the complicated mess that can become our days? the chaos and hetic pace we tend to think is normal?  Some have convinced themselves this busyness is a must to enjoy life, to be sucessful in whatever undertaking they find themselves doing, to get the most of life.

Is all really necessary?  I hold that it is not.  Life is best enjoyed simply.  Take a moment, or better yet, a day.
Find that things more complicated, busy, full are not always better.
Plan, prepare, live - but leave some margin for just being.
Originally posted Sunday, January 09, 2011 No comments:
Email ThisBlogThis!Share to TwitterShare to FacebookShare to Pinterest

With a new year, thoughts frequently turn to improving oneself or the way one lives life.  I propose in the midst of seeking to better ourselves, we also seek to better the life of someone around us.  What if I sought to help those around me?  Not focus so much on myself or my life, but on the lives of those around me?  Would life not be richer, more satisfying, if I gave of myself to others?  For as I give away, I am blessed in return.
Originally posted Sunday, January 02, 2011 No comments:
Email ThisBlogThis!Share to TwitterShare to FacebookShare to Pinterest
Newer Posts Home
Subscribe to: Posts (Atom)

To receive e-mail updates with new posts, please enter your e-mail address below. 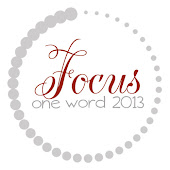